When we think of perspective in traditional terms, we are most likely to associate it with the concept of linear, one and two point perspective. Many works of traditional art utilize linear perspective to visually represent depth.

Today’s postmodern and contemporary artists take the principle of perspective further by pushing past the basic concept of linear and view perspective from an entirely different, well, perspective.

Here are some post modern artists who are doing just that.

James Hopkins has created a series of whimsical sculptures that present the viewer with very different scenes depending on the viewer’s perspective. If viewed from one angle, his Tom and Jerry sculpture resembles a collection of dangerous objects such as knives, bombs and gears. However, if viewed from a localized angle, the objects line up to form the familiar cartoon characters, Tom and Jerry.

Julian Beever is a well know street artist who uses anamorphosis to create the illusion of three dimensions. When viewed from the preferred angle, Beever’s sidewalk drawings have height and depth that astonishes the viewer. However, by simply walking around these sidewalk drawings, the illusion is lost.

Felice Varini also incorporates the concept of localized perspective in his work. When viewed from the right angle, Varini’s paintings of lines and circles magically hover in space. When the viewer moves slightly left or right, the work appears to be nothing more than strange marks on the walls and floors.

Forced Perspective is a form of photography used by many artists that takes advantage of size as it relates to distance. And object held close to the photographer’s lens will appear gigantic in relationship to another object that is far in the distance. This allows the photographer to trick the viewer by creating impossible events.

Next time you cover a unit on perspective with your class, you might consider challenging your students with creating a work using anamorphosis or localized or forced perspective.

Tell us, have you used any of these artists for inspiration? Are there any you would add to the list?

How do you teach perspective in your room? 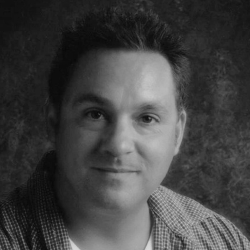 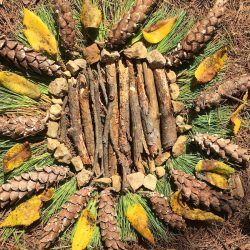 How to Inspire Your Students with Artist Andy Goldsworthy 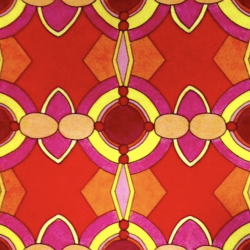 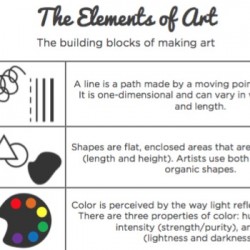