Due to specific regulations in , AOE is not currently enrolling students in your state. We apologize, but at this time you can not move forward with course enrollment. Let us know if you have any questions. Please contact us with any questions.

It’s back to school and along with ordering supplies and setting up the room, many art teachers are focusing on classroom management.  These concepts are developed to keep a class running smoothly, avoid unwanted incidents and keep students focused on learning. There are many excellent teacher practices that can be incorporated on day one, but I don’t do many of them.

Here are the best classroom management strategies I never follow.

Strategies for creating class rules vary from teacher made lists to allowing students and teachers to develop the rules together. Once created, a list of class rules should be posted in the classroom. In fact, some schools mandate this policy.

I never post class rules predominately because I only have one rule: “No bad babies”. This rule covers just about any unwanted classroom behavior. If a student is doing something they shouldn’t be, I simply tell them they are being a bad baby. Nobody wants to be a bad baby, so it is a fairly effective management strategy. Obviously, posting a list with only one rule would be overkill.

Creating class seating charts even before day one is another fairly common practice. Teachers spend vast amounts of time, not only arranging seats for students they haven’t met, but also designing, creating and even laminating the chart they will use. For the more tech savvy, there’s an app for that. Some cost as much as $4.99. Seating arrangements inevitably fail to meet their intended expectations and students must be reshuffled.

On day one, I allow students to select their own seats. This gives students a sense of ownership. They make new friends and organically form teams. I’ve also discovered that bad babies will tend to sit next to each other. Some would debate that this is a reason for seating charts, but I have found that there are advantages to having the spirited students sitting at one table. I can shout, “Table four, stop being bad babies!” and know my discipline action plan was correctly directed without even needing to look up.

Many schools have a “no cell phone in class” policy. Some have even established rules that include hours of cellphone operation. Opponents of cell phones in class cite distraction as the number one reason for banning. However, there is a growing proponent base that sees the advantages of BYOD (Bring Your Own Device). These teachers want students to use their cell phones for research, blogging and even creating art.

I allow cell phones in class. Though I see the advantages of BYOD, that’s not my major concern. Cell phone culture is something we as a society have to accept. Banning cell phones denies the student the opportunity to understand and incorporate proper cell phone etiquette. It’s too late for adults. They are the worst offenders when it comes to cell phone etiquette. However, students can and should be shown how and when cell phone use is acceptable and when it is down right rude. Banning them hinders that opportunity.

4. Worrying about Time on Task

Effective classroom strategies include time management for keeping students on task. Often referred to as engaged time, time on task is described as those moments when a student is actively participating. Examples might include drawing, reading and answering questions. Conversely, time off task is described as those periods when students are not engaged. Examples may include walking around class, talking to peers and day dreaming. When observing a classroom, administrators will often include percentages of students who were on and off task during a lesson. These results can even reappear as part of a teacher’s evaluation.

I allow my students to go off task. Walking around, talking to peers and day dreaming are all part of what artists do. Sometimes our students need time and space to gather their thoughts, formulate plans or simply step away from their art.

Which of these management strategies do you include or dismiss?

Are there rules your administration requires that you wish you could forego? 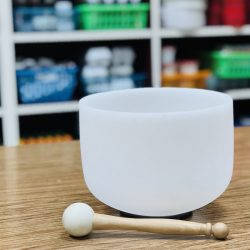 3 Quick Ways to Assess Student Learning in the Art Room

Why Meeting Your Kids at the Door Is so Important

Over 500 Students have joined the program!